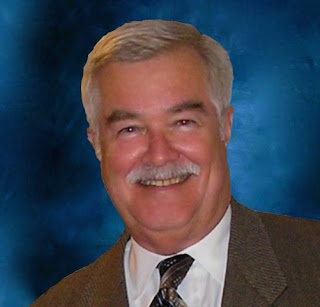 Raymond W. Patterson, Esq.,  specializes in divorce mediation and related areas in family law. Now that same sex marriage is legal in the United States, this also includes all types of couples, married or cohabiting, to help them if their relationship has reached its natural end.

In 2005 he took up the duties of the Associate Director of the Saltman Center for Conflict Resolution at the William S. Boyd School of Law. Originally, Professor Patterson taught mediation theory and coached student teams participating in ABA-sponsored ADR competitions in Negotiation and Representation in Mediation. In 2009 he founded and directed the Strasser Mediation Clinic, where law students trained in mediation theory went into Family Court and, under his supervision, mediated divorce cases, custody and visitation issues, and post-divorce motions. He has also acted as a mediator in university disputes and community quarrels. He retired in June 2013 from his position as Professor in Residence at the William S. Boyd School of Law at the University of Nevada Las Vegas.

He earned his J.D. cum laude from the Benjamin N. Cardozo School of Law of Yeshiva University. He had previously earned an M.A. in education from Adelphi University and a B.S. in chemistry from the State University of New York at Stony Brook. Professor Patterson taught high school chemistry for thirteen years, spent nine years in educational publishing and two years in private industry before deciding to go to law school. After being trained as a mediator at Cardozo, he accepted a position as the Director of Mediation for New York City’s Civilian Complaint Review Board (CCRB), a mayoral agency that handles complaints by civilians against police officers. He implemented and supervised the CCRB’s mediation program, the largest of its kind in the country, that allowed civilians to sit down with the police officer they had complained about and to talk through the dispute with the help of trained mediators.

Professor Patterson was a member of the Association of the Bar of the City of New York’s Committee on Alternative Dispute Resolution from 1996 through 1998 and was chair of the subcommittee that drafted a model state statute on confidentiality in mediation. He was an original member of the City University of New York’s Dispute Resolution Consortium Advisory Panel, as well as an adjunct professor in Cardozo’s mediation clinic and at NYU’s School of Continuing and Professional Studies, where he taught mediation theory and ran a mediation apprenticeship in Manhattan’s Small Claims Court. In addition, he was a member of the Unified Court System’s ADR Advisory Panel and sat on the subcommittee on Education of Lawyers and Judges. He is an experienced mediator who has mediated hundreds of cases.