The Secret to a Good Divorce (3) 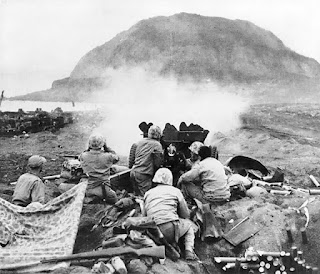 Former spouses--or soon-to-be former spouses--have an intimate knowledge of their erstwhile partners. However, they may not be able to name the actual behavior that causes arguments to start. Dr. John Gottman, professor emeritus at the University of Washington and co-founder of the Gottman Institute, has been researching couples's behaviors for over 40 years. He has identified four factors that usually predict nonproductive arguments that go downhill fast.

These factors are criticism (the problem arises out of the other person's character or personality), defensiveness (a spouse counterattacks or whines), contempt (thinking you're better than you are and talking down to your partner), and stonewalling (shutting down and refusing to talk about the issue).

Interestingly, women tend to use criticism more than men, while men tend to stonewall more than women. So if a wife is castigating her husband for being a slob, it would not be unusual for him to shut down and clam up.

If you observe any of these factors when talking to your former spouse, realize the argument will not turn out well. Try to de-escalate it with phrases like, "I hear what you're saying--," or "What if we--" and than try using nonjudgemental language to determine the crux of the argument.

Try also separating the personal digs from the essence of the argument. In the example above where the wife is criticizing the husband for not being neat, the actual issue may be something like, "I worked late and you didn't wash the dishes or give the kids a shower and now I've got to do it and I'm pissed off." So say that instead of attacking him on the defects of his personality.

Finally, at the beginning of an argument, when one or both of you realizes where things are headed, repeat to yourself the mantra, "Is this the hill I want to die on." Luckily, neither of you are in the same position as the soldiers pictured above about to assault Mt. Suribachi to take the island of Iwo Jima in World War II. For you, the meaning of the mantra is, "In the overall scheme of things, is this argument even worth having?" If you take that brief period to consider what you're going to fight over, most of the time you're find it's not worth the energy.