The Secret to a Good Divorce (1) 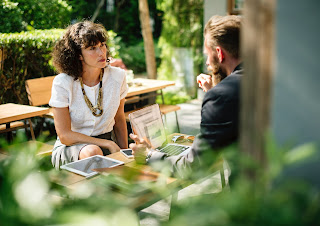 On January 12, 2018, the New York Times published an article titled "The Secret to a Happy Marriage is Knowing How to Fight." Click here to view The author, therapist Daphne de Marneffe, points out that modern couples appear to look upon their wedding as a capstone rather than a cornerstone of their adult life, a sense that they have arrived at their shared future rather than a commitment to it. She acknowledges that weddings are complicated, detail-oriented events, but she expresses concern that, "while they're thinking about the Big Day, they should also think about how they will cope with disagreement."

It's rare to meet any married couple who have thought about how they're going to fight with each other, but it's almost guaranteed that they will. Yes, it's possible that one member of the couple may never disagree with the other, either from fear of creating conflict or genuine disinterest. But for most couples disagreements will pop up shortly after the marriage, if not during the wedding preparations.

How much more important it is that spouses who divorce fail to think of disagreement, too. Discord and misunderstanding are pretty much built into the divorce process, especially when the spouses choose the road to court and hire gladiators . . . um, lawyers. The job of an attorney is to get all he or she can for the client within the bounds of the law, and there are times when lawyering up is appropriate, especially with truculent spouses, hidden finances, and spousal abuse involved. But for ordinary folks who aren't looking to hurt each other, the vilification that arises (especially if custody issues are involved) can be painful indeed. The conflict introduced by this experience can often last a lifetime.

To have a good divorce--no, it's not an oxymoron--both spouses must be able to have conversations that may involve disagreements. Of course, this is especially true if minor children are involved. As de Marneffe states of married couples, "they have to figure out how to have a productive conversation," not "parallel monologues". Imagine trying to do that when you're divorcing and are feeling afraid, suspicious, angry, and hurt.

Working out your divorce with a mediator's assistance is more likely to provide you with the skills necessary to do just that, under the same emotional storm conditions. A mediator can help you work on making nonjudgemental statements, on how to make offers your spouse might actually consider, and on how to stop yourself when you're about to complain that "he never . . . " or "she always . . .", surefire ways to lose the other person's attention and interest. If you're going to get a divorce, wouldn't you want a good one?