"First you say you do, and then you don't" 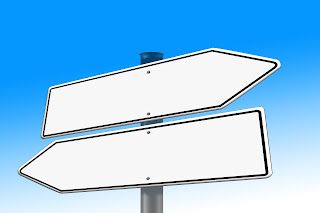 It's highly unusual to find both members of a couple at the same point on their journey to decoupling. More likely, one is ahead of the other and either feels already out of the relationship or well along the way.

This, of course, leaves the other in a quandary. Perhaps this individual only recently learned that the marriage was heading toward the rocks. Or perhaps he or she held on to slim hopes the other person would come to their senses, or the whole nightmare would magically disappear. Some believe that, if you don't talk about the problem, it goes away.

Unfortunately, it doesn't. If one of you wants to end the marriage, it will end, one way or another. Either you will try negotiating the terms of the decoupling in mediation, or the matter will end up in family court.

Until that time, the one left behind may exhibit what, on first glance, seems like odd behavior. She may state unequivocally one day that she is totally on board with divorce, only to change her mind dramatically the next and demand they go to couples' counseling. Or he may move out, to live with a relative or friend, only to beg on bended knee some weeks later to come home.

It can be maddening, but the moving party, the person who's already out of the relationship in their head, must keep in mind that it is likely the other person will settle down and face reality. Of course, that same moving party could move things along by filing for divorce in court. This often gets the other person's attention.

But whether the reluctant person sees the light on their own, or has the court turn the light on for them, it's not too late to call that mediator you know. Fears can be addressed and most couples are comforted to know that either of them can stop the mediation at any point if they feel they're not being treated fairly. Breaks can be called, for minutes, days and weeks, to regroup, get information, and refocus.

So don't be too upset by partners who seem to change their minds daily. It's part of getting up to speed to move on and often absolutely necessary. Keep the lines of communication open, and if you can, try other resources like therapy, counseling, or anything else you can think of that might help restore trust. But if there is no indication of movement, then another step may be necessary.
divorce divorce mediation