Kicking the Can Down the Road 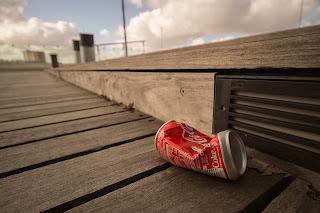 Consider a hypothetical couple, Alis and Brick. They fight a lot. In the beginning it was over Alis's spending habits but now it seems to be over everything. They rarely have two words to say to each other.

Then Brick moves out, only to beg to return a month or two later. That little dance repeats itself during the ensuing year, usually because the possibility of really 'giving up' the relationship that each invested so heavily in triggers the psychological effect of loss aversion.

You see, in humans (except, interestingly, in high-functioning autistic people) 'losses loom larger than gains'. What does that mean?

For example, imagine you purchased 100 shares each of two stocks, both selling at the same price.  Stock A has increased in value by $50/share while stock B has lost $50/share. What would be the most logical thing to do with the stocks now?

If you guessed to sell stock B and hold on to the stock that's appreciating, you'd be right logically (and this is what a high-functioning autistic person would most likely do.) But not for nearly all the rest of us. No, we would sell the stock that's becoming more valuable and keep the poorly-performing shares.

Why? Because we paid $X for the lousy stock B and now it's worth $X-$50 and that loss counts more for most of us than the $X+50 we've gained on stock A, even though we have the same net wealth as we started with. We hold out hope that stock B will begin to rise in price, and we'll get our loss back. Funny, isn't it, because we have a winning stock and we're willing to get rid of it but keep the loser.

What does this have to do with Alis and Brick? Even though Alis knows Brick rarely follows through on his promises and may be cheating on her, while Brick is fully aware of Alis and her buying compulsion draining their bank account, at the same time nothing seems to be turning out the way they hoped it would, they keep coming back together thinking things will be different, things will get better. And this couple keeps kicking the can down the road, staying together, living under conditions that erode the quality of life they should have. All because the fear of losing their investment in this relationship prevents them from even conceiving that they could have a better life in a new relationship.

Don't be like Alis and Brick. Take stock of your situation, face it squarely, make sure you've taken every step to fix it, and then, if it's still not getting better, sell the stock!