Making Legal Decisions for the Children 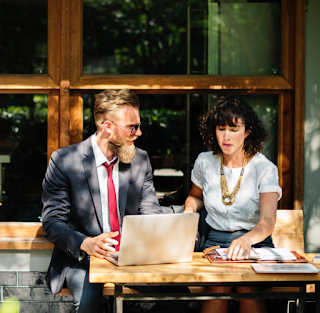 Okay, you’ve made the decision to end your marriage/partnership/relationship. If you have children together, the next step is to work out what to do with them. I’m not talking about putting them in an orphanage (common before the twentieth century for parents who couldn’t afford to support them alone) or sending them to relatives who might be a bit better off. I’m talking about how the two of you make major decisions that affect the kids, who’s responsible for them, where they’re going to spend their time and just how that time will be scheduled. It also includes what happens on holidays, vacations, and birthdays. (Dealing with grandparents, other family members and new partners/significant others is for another post.)

[In order to keep the use of synonyms down, I’ll simply use ‘you’ and your ‘ex’ when referring to the members of the couple. And if I need a personal pronoun I’ll use ‘him’ or ‘he’ or ‘his’. That is a random decision.]

You’re going to have to discuss and negotiate these issues with your ex, so you’ve got to brush up your negotiating skills. Most of us have never been trained to be good negotiators. We learned in on the playground, in school, and in our homes watching our own parents, making it unlikely we’ve got a good handle on it. Luckily, your mediator can assist you in developing your offers and making your proposals.

Here’s the take-away about negotiation: You want the best possible deal you can get for yourself that your ex is willing to accept. Too many people just remember the first part of that sentence, so they enter into negotiations like the proverbial bull in the china shop, demanding this and that while refusing to even consider requests from your ex. After all, they may think, if I don’t ask for it, how can I expect to get it? And, of course, they feel they need to show they’re strong, so ‘backing down’ from what they consider an unreasonable claim is out of the question.

But you’re never going to get anything you require if you don’t take his needs into account, too. To do that, you have to really listen to him, and probably ask questions, too. Because, at some point, you must be able to explain to him just why what you propose is not only good for you, but also for him. Of course, that means the offers you make have to have something in them for both of you, and that requires knowing what he needs, a part of the negotiation process too often overlooked.

For the balance of this post, let’s consider negotiating how major decisions will be made for the kids. This issue commonly first arises when the question of custody pokes its head up. [I dislike terms like custody and visitation, which seem more appropriate when talking about prisoners than children, but the courts use them, so you should be aware of them.]

There are two types of custody you need to be concerned about: legal and physical. Legal custody deals with how decisions will be made by the co-parents (the term applied to parents who are no longer married or in a relationship). Physical custody deals with where the children will spend their time, and will be taken up in a future post.

You and your ex can decide to have joint legal custody. That means that, for major decisions--like should Sally get braces, will Freddy go to summer camp, or which school the twins should attend--both parents must agree. If one disagrees, that parent must demonstrate a reasonable basis for the disagreement. It cannot be something like, “I don’t feel it’s right.” So there may be a need for more negotiation and, if you still can’t reach consensus, more mediation. In the last resort, one of you could petition the court to intervene. But if both co-parents are rational, these problems can be dealt with. Family Court judges in Clark County, Nevada, tend to favor joint legal custody, unless circumstances weigh against it. The Court prefers to keep both parents in the children’s live where possible.

Perhaps you’ve talked this over and find that one of you will make the decision after consulting with the other. That is another form of legal custody that is acceptable. The parent who was consulted must make a reasonable argument to the ‘decider’ parent, but accept the verdict if that parent disagrees.

There is also sole legal custody, where one parent acknowledges the authority of the other to make all major decisions without their input. This may work for some parents, where one doesn't want the responsibility of making decisions.

Finally, some couples agree that whoever is in charge of the children at the time a major decision must be made has the authority to make it, informing the other afterwards. This works well if it's a medical decision that has to be made immediately, but poorly if, while having the children in his care, the parent decides to send them to school in Switzerland.


It all comes down to knowing each other well and making a determination of what kind of legal custody arrangement would probably be the best for your children. Only you two can know that, and only you can resolve the issue.
divorce divorce mediation legal custody negotiating skills preparing for divorce mediation